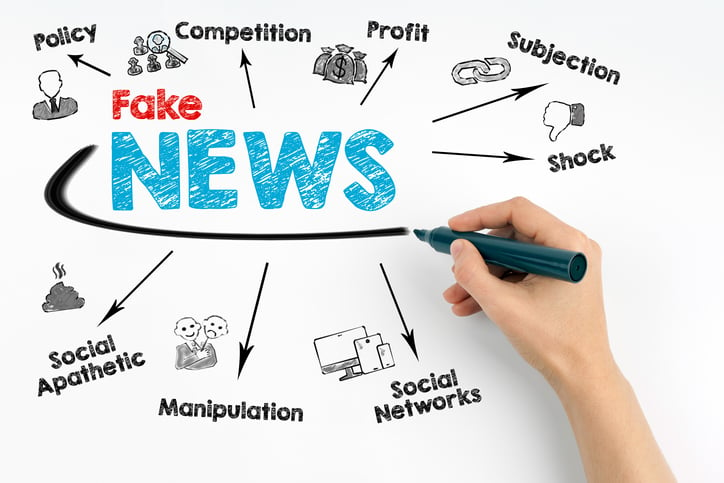 Why You Need Identity Verification To Combat Misinformation And Extremist Content

The Convergence of Social Media and Identity Verification

In the past ten years, two seemingly unrelated industries have multiplied. First, social media's growth has caused an explosion of identity fraud and increased the spread of fake news. As such, there needs to be a re-evaluation of how information reaches the masses, leading to social media and cybersecurity becoming entangled.

Over the past several years, the social media platform Twitter has grown its user base by almost 70 million active users. Furthermore, people now flock to sites like Instagram to do their shopping. As a result, concerns about the spread of fake information are reaching an all-time high. In addition, as identity fraud flourishes, customers are becoming more digital identity literate, putting extra demand on social media sites to increase their security options.

There are several reasons why social media platforms should amp up their identity verification methods. First, it is one of the best ways to establish credibility and maintain integrity, limiting misinformation and extremist business content. One of the most significant reasons why identity verification is essential is that it can combat the speed at which people share information. About 48% of adults in the United States sometimes get news from social media. Unfortunately, the trustworthiness of the information obtained from social media compares to articles found in a checked and accredited newspaper. Therefore, it is right to assume that platforms are more likely to deliver credible news if the users' identities are verified.

Fake news is not the only thing that you should fear nowadays. Besides misinformation and extremist content in social media, you can also get the wrong ideas and information about online businesses. For instance, if you are looking for products or services online, it can be difficult to tell if the reviews you are reading are credible or just created to deceive you.

The goal of social influencers is to forge connections with others. Unfortunately, it can be challenging to know whether you are following a real person without identity verification. As a result, people have resorted to using follower count as the most valuable currency in social media circles. But what if those followers are fake as well? In most instances, influencers buy followers, comments, and likes. Unfortunately, some of the comments are likes made by bots.

People will shift their focus to quality and authenticity rather than quantity by verifying identities. For example, HyperAuditor, which is an online auditing tool, once conducted research to find out if celebrity influencers had real or fake followers. As a result, many popular influencers were found to have up to 40% fake followers. Considering how many people follow influencer accounts, the number of fake followers for the investigated influencers was up to 150 million in some instances.

Many brands use social influencers for marketing their products. Unfortunately, these sorts of follower statistics call into question the actual value of their followership currency. After all, ghost followers will not end up engaging with the brands that hire the influencers. By ensuring that users have verified identities, the focus becomes on the authenticity of social currency rather than quantity.

While everyone values the First Amendment, it still has to be easy to tell if something posted on social media is real or fake. But unfortunately, people also want to know whether product reviews are authentic or fake news, thus, creating tension between hope and fear.

However, at the moment, everyone seems to agree that one of the most important things is to verify that people are who they say they are on a social platform so that people are more responsible regarding what they post.

The bottom line? They are less likely to post hate speech and fake news on social media. Such behavior thrives in secrecy.

During the Covid Pandemic, federal lawmakers introduced and passed a bill that seeks to hold social media companies such as Twitter and Facebook accountable for spreading fake news about COVID-19.

Another study from Pew Research also indicated that tolerance for misinformation is in sharp decline.

While social media companies are writing history, they must do so responsibly. We are in a world of fast news transmission, quick judgments, and speedy reactions. Thus it's crucial now more than ever to ensure that everyone is who they say they are online for easy misinformation verification. That would go a long way in limiting the spread of false information and extremist content.

What can BlueCheck do?

BlueCheck achieves this balance by combining a sleek, field-tested user interface with a robust verification engine that connects to a network of authoritative databases and credit bureaus. In addition, we partner with companies in various industries and growth stages to provide affordable, reliable online age verification. Learn more about how BlueCheck can help you solve your ID verification challenges!