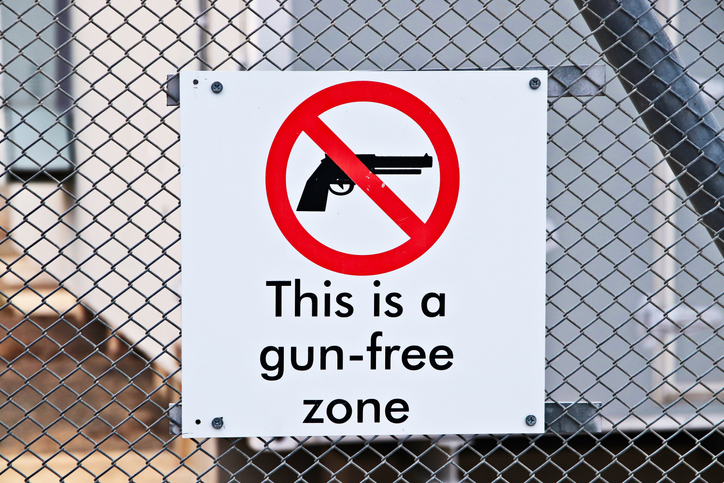 It will soon be much more difficult for certain individuals to obtain a New York gun permit. On July 1, 2022, New York Governor Kathy Hochul signed a package of New York gun laws that address what she described as "critical loopholes in the legislative system ." Now more than ever, it's essential to protect New Yorkers against the plague of gun violence that is increasingly endangering their community."

She described gun violence as an epidemic tearing apart the United States, adding that research has revealed a 29% increase in firearm-related violent crime when individuals are allowed to carry handguns. Legal or otherwise.

The comprehensive package of bills places a ban on selling semi-automatic weapons to individuals under 18. It also limits the sale of body armor to those in specific professions and closes several loopholes.

In addition, a new measure that aims to save lives (but is unlikely to go well with certain weapons advocates) is strengthening the Red Flag Laws, including scrutinizing applicants' social media accounts for signs of hate speech or violent tendencies.

After the supreme court ruling, New York's 108-year-old legislation was effectively struck down, which restricted the carrying of concealed firearms in public spaces. With New York gun laws overturned by the court, legislators felt it their duty to develop new, more comprehensive legislation quickly.

Key features of the revised New York gun laws include:

- Allowing the state of New York to standardize and regulate training for individuals who apply for a gun license.

- Expanding the requirements concerning who is eligible to carry a concealed gun.

- All gun owners must register all allowable weapons stored at their residence. Individuals who have hidden weapons without such permission will face criminal charges.

- The creation of statewide ammunition and licensing database.

- Clarifying and strengthening legislation related to the safe storage of firearms and the sale of body armor. The latter will now specifically include hard body armor like the kind used by the suspect in the recent Buffalo shooting incident.

- Setting up background checks overseen by the state for individuals who want to buy a firearm, including checks for criminal convictions.

The new gun laws in New York will become effective on September 1, 2022. An appeals board for individuals whose license application or renewal has been denied will also be established and operational on April 1, 2023.

Under the latest New York legislation, applicants must draw up a list that includes their current social media accounts and accounts that were closed during the past three years. Country clerks, judges, or the local sheriff's office will then be responsible for studying all these profiles, looking for statements that suggest dangerous behavior.

The new legislation also makes it compulsory for social media networks to have a concise, clear policy regarding their responses to incidents of hate speech and hateful conduct. They must also set up easy-to-use mechanisms for reporting such incidents on their platforms.

- The Office of the Attorney General will set up a special Task Force on Social Media and Violent Extremism to investigate and study the role of social media companies in facilitating and promoting domestic terrorism and violent extremism.

- An executive order has been issued for the Division of Homeland Security and Emergency Services to establish a dedicated unit to help prevent domestic terrorism, including radicalizing hate groups and educating mental health professionals, law enforcement officers, and school officials about the issue.

Governor Hochul also requested the Office of the Attorney General to study and investigate how the Buffalo shooting suspect used social media to promote, broadcast, and facilitate violence, spread hatred, and drum up support for the far-rightwing Replacement Theory.

The new legislation also brings stricter safe storage requirements for shotguns, rifles, and firearms. Gun owners will, for example, not be allowed to leave a gun in a motor vehicle unless it's in a lockbox. In addition, the current state law stipulates that firearms must be stored safely in a residence if anyone under 16 is in the house. In terms of the new law, the new age is 18.

The new gun laws 2022 also come with new eligibility requirements for those applying for a concealed carry permit. These include firearm safety training, character references, background checks, and live fire testing. Additionally, applicants for documented cases of violent behavior will not be issued a concealed carry permit. Other criteria that will disqualify an applicant include treatment for drug-related issues, having been found guilty of weapons possession, or conviction of a crime that was related to alcohol.

According to Senate Majority Leader Andrea Stewart-Cousins, "In response to the Supreme Court's decision implying that guns are more important than lives in this country. We are passing legislation to ensure that New York State has safe and responsible gun laws. States are the last line of defense, which is why we are stepping up to protect New York from being easily flooded with concealed weapons and keeping firearms out of the wrong hands."